President Joe Biden warned Thursday that Florida could face the deadliest hurricane in its history, while praising emergency workers and warning gas companies not to use the devastation to raise prices.

And he tried to tell stories about any rivalry with Florida’s populist Republican governor, insisting he had a good relationship with Ron Desantis.

“It’s not about whether it has anything to do with our disagreements politically,” he told a reporter during a visit to the Federal Emergency Management Agency headquarters in Washington, DC.

‘This is about saving people’s lives, homes and businesses.’

Hurricane Ian made landfall a day earlier, flooding both coasts of Florida, knocking out power and killing at least one person.

Biden said that could be just the beginning.

“This could be the deadliest hurricane in Florida history,” he said during a visit to the Federal Emergency Management Agency headquarters in Washington, DC.

“The number of deaths is not yet clear, but we are hearing the first reports of what may be a substantial loss of life.”

The 1928 Okeechobee hurricane killed 2,500 people, most of them in Florida. 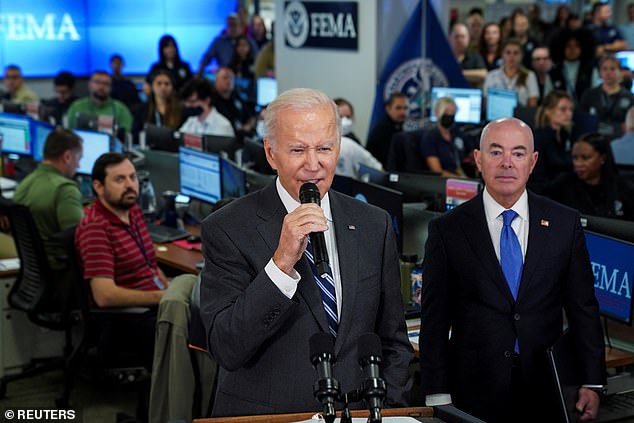 President Joe Biden warned Florida that it could face the deadliest hurricane in its history on Thursday, praising emergency workers during a visit to the Federal Emergency Management Agency headquarters in Washington, DC 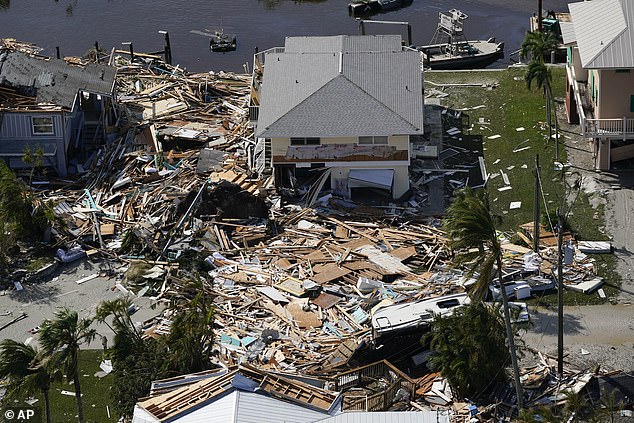 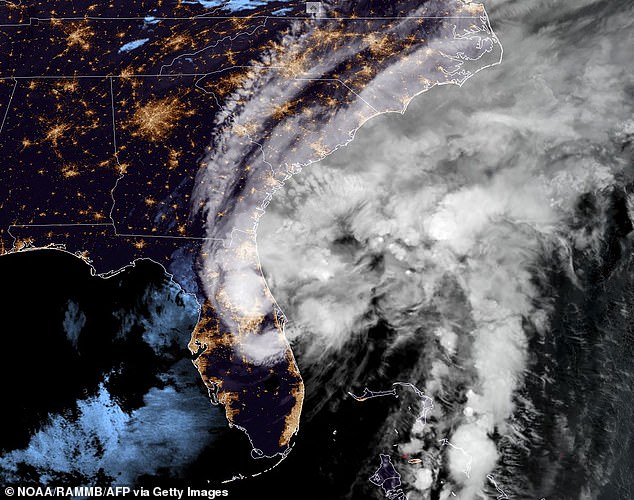 Hurricane Ian hit Florida as a Category 4 hurricane, leaving much of Florida’s southwest coast in darkness and causing “catastrophic flooding”. 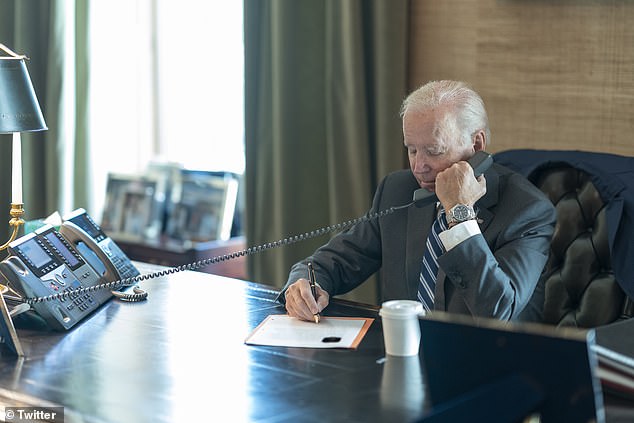 President Joe Biden approved a “major disaster declaration” in Florida on Thursday morning to free up federal funds to help with damage from Hurricane Ian. He posted an image on Twitter of him speaking with Governor Ron DeSantis.

The emergency has been seen as a test of Biden’s relationship with Florida Governor Ron DeSantis, who has positioned himself as a populist Republican with intentions of reaching the White House.

Biden snapped at a reporter who asked how his Thursday morning phone call went, saying the question was “totally irrelevant.”

‘But I will answer,’ he said. Okay. Good very good.

He thanked me for the immediate response we had.

He told me how much he appreciated it. He said that he was very happy with what was happening.

Earlier, Biden declared the emergency a “major disaster,” freeing up billions of dollars in aid.

“That means that the federal government will cover 100 percent of the cost of cleaning up the debris and all the cost that the state has to take and spend to save lives,” Biden said during his visit.

‘The federal government will also cover most of the cost of rebuilding public buildings like schools and state fire stations.

‘And the people in Florida who have destroyed or damaged houses, [if] you don’t have enough insurance, it means the federal government will provide individual assistance of $37,900 for home repairs, another $37,900 for lost property.’

The cost to repair and rebuild homes from storm damage could be as much as $260 billion, according to property experts CoreLogic. 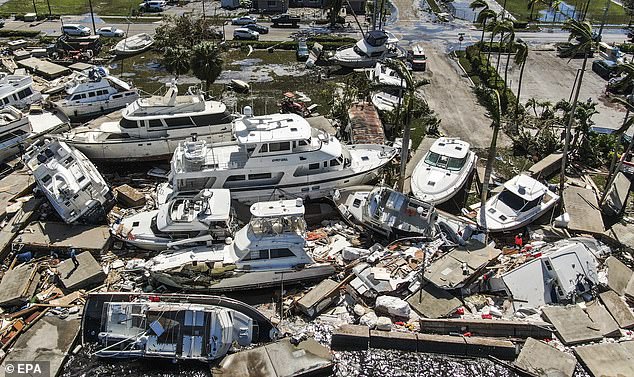 Drone photography shows damage in Fort Myers. It made landfall as a Category 4 hurricane, according to the National Hurricane Center.

Biden warned oil and gas companies not to use the devastation to speculate.

‘My experts informed me that the production of only about 160,000 barrels per day has been affected by this storm.

‘That is less than two percent of the daily production of our country.

[This] small and temporary impact on oil production is no excuse. There is no excuse for price increases at the pump. Period.’

He said he would order officials to investigate any reports of ‘price gouging’.

Biden added that he planned to visit Puerto Rico, which was devastated by Hurricane Fiona earlier in the month.