Bed Bath & Beyond Inc said it was exploring options, including filing for bankruptcy to deal with the U.S. home goods retailer’s declining sales, dwindling cash and a debt burden, which made its shares fell.

The retailer in a regulatory filing on Thursday said there were substantial doubts about its ability to continue as a going concern, adding that it was exploring strategic alternatives including restructuring or refinancing debt or seeking bankruptcy protection.

Bed Bath & Beyond said it expects to report a $385.5 million loss in the third quarter after sales fell 33 percent.

Shares of the company tumbled 23 percent to $1.84 in early trading Thursday after the news. 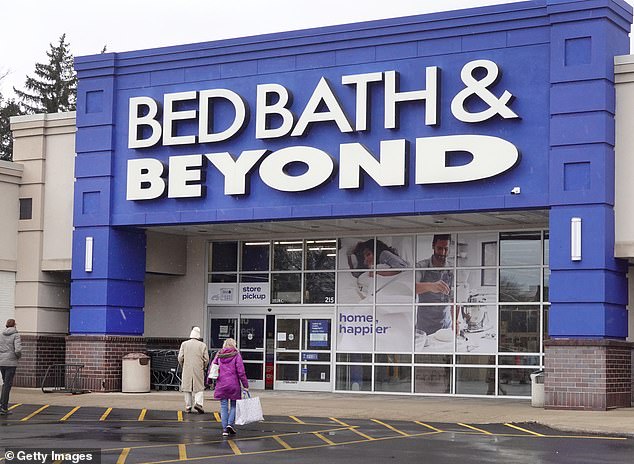 Bed Bath & Beyond said it was exploring options, including filing for bankruptcy to deal with falling sales, dwindling cash and the US home goods retailer’s debt load.

The stock was one of the most active on the Nasdaq, with nearly 9.4 million shares traded as of 9:37 am.

Bed Bath & Beyond’s fortunes declined and its share value collapsed after it pursued a strategy focused on its own private-label products.

Since then, the retailer’s management has changed tack and aimed to bring in national brands.

‘The restructuring plan implemented last year is not working. … Put bluntly, business is moving fast in the wrong direction and bankruptcy is the most likely fate,” said Neil Saunders, an analyst at GlobalData.

The company became a stock meme last year when its shares soared more than 400 percent.

Activist investor Ryan Cohen, the chairman of GameStop Corp, took a stake in Bed Bath & Beyond, which he later sold, sending the shares tumbling. 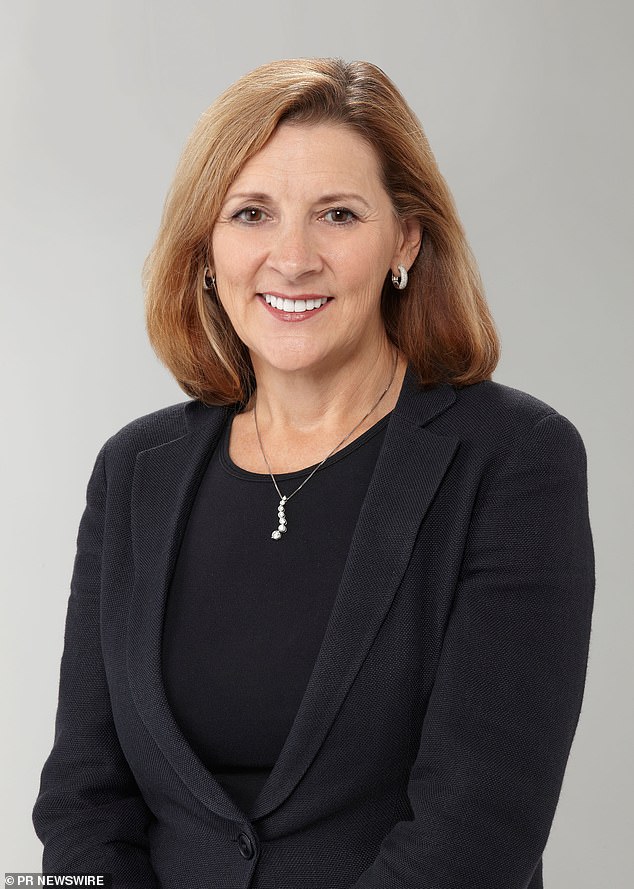 Sue Gove was appointed permanent CEO of Bed Bath & Beyond after taking over on an interim basis in June 2022. She said financial performance was “negatively affected” by inventory restrictions. 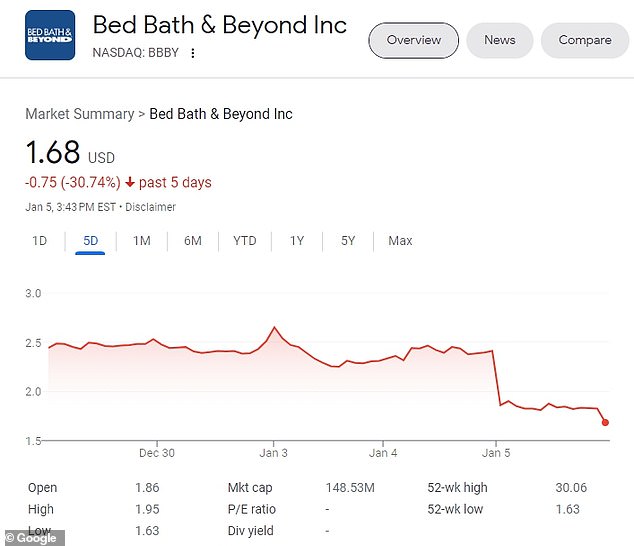 “Our financial performance was negatively impacted by inventory constraints as we partner with our suppliers to address micro and macroeconomic challenges,” Chief Executive Officer Sue Gove said.

The company will report results for the third quarter ending November 26 on Tuesday.

Bed Bath & Beyond in its previous financial update in the fall said it had liquidity of $850 million but had spent $325 million in the second quarter.

Analysts have estimated that it will burn through $1.5 billion in cash over the next two years.

The company had also been asking bondholders to swap their holdings for new debt to give it more breathing room and turn around its business, but it canceled the deal Thursday after not garnering much interest from investors, according to filings with the US Securities and Exchange Commission.

Bed Bath & Beyond had previously considered selling its valued BuyBuy Baby stores that sell baby and toddler products, but stopped in the hope that it could then fetch a higher price, Reuters reported.

The chain’s value helped the retailer sign a $375 million loan, the maximum amount it could borrow.

Gove took the reins at the embattled company after a tumultuous year for the company in which its former chief financial officer plunged to his death in September 2022. 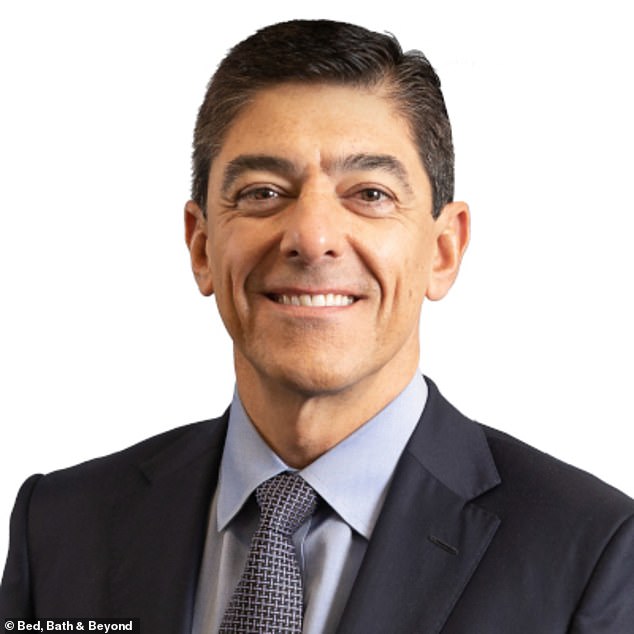 Gustavo Arnal, 52, was facing a multi-billion dollar lawsuit just a week before he died for allegedly inflating Bed Bath and Beyond’s share price in a get-rich-quick scheme. 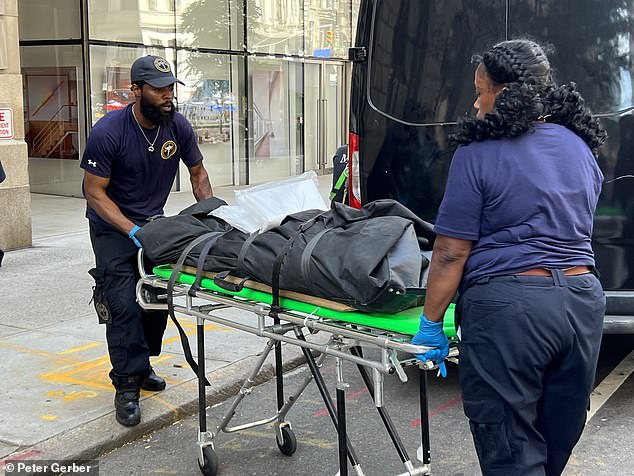 Arnal jumped to his death from the 18th floor of a 57-story building in Manhattan’s Tribeca in September 2022.

The company was caught up in a media frenzy. Gustavo Arnal jumped to his death from the J’enga’ building in New York City.

At the time, Arnal was being sued for artificially inflating the company’s share price in a ‘pump and dump’ scheme to sell its shares at a higher price, DailyMail.com revealed in September.

Arnal was listed as one of the defendants in a class action lawsuit brought by a group of shareholders who claim they lost about $1.2 billion.

The lawsuit, filed in the United States District Court for the District of Columbia on August 23, claims that Cohen approached Arnal about a plan to control the shares of Bed Bath and Beyond so that both could make a profit.

As part of the plan, the lawsuit claims, Arnal “agreed to regulate all inside sales by BBBY officers and directors to ensure that the market is not flooded with a large number of BBBY shares at any given time.”

He then allegedly issued ‘materially misleading statements made to investors regarding the company’s strategic plans, BBBY’s financial condition… and reports of holding and selling shares’ to help drive up stock prices.

When Arnal sold more than 42,000 shares of the company in August, it was valued at $1 million, according to MercadoBeat.com.

The lawsuit was filed just a week before Arnal jumped to his own life from the 18th floor of the famous ‘Jenga’ tower in the Tribeca neighborhood of lower Manhattan.

The class action lawsuit was filed by Virginia resident Pengcheng Si on behalf of all those who purchased BBBY shares between March 25 and August 18.