Tarek Namouz, 43, from west London, had received government money to help his business, Boss Crew Barbers, during the Covid 19 pandemic, and lived in a third-floor flat above the shop.

The bar’s former owner is accused of boasting that the terrorists he is accused of financing have “incinerators like Hitler.” In WhatsApp messages read to the court, he also reportedly said: “I want to burn Christianity, we have incinerators and holocausts like Hitler, a lesson from history.”

He is accused of sending money on at least seven separate dates between November 2020 and April 2021, with the intention of financing a militia in Syria.

John McGuinness KC, plaintiff, told the jury: “At the time, you may recall that the Covid pandemic was ongoing in 2020 and 2021. The defendant was regularly receiving Covid grant aid from his local authority, Hammersmith and Fulham.”

When police raided the hair salon on Blythe Road, Olympia, they found cash and a hidden mobile phone containing messages to a contact in Syria, an ISIS bomb-making video and a video showing how to kill with a knife.

In the months before his arrest, he transferred money using Trust Money Transfers on Edgware Road, sending it to Syria, where he lived until he was 14 years old. 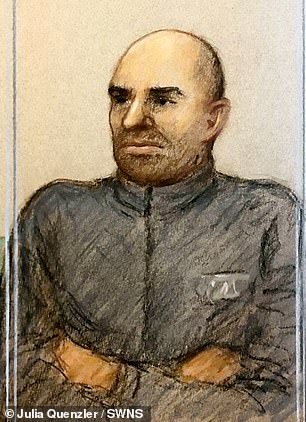 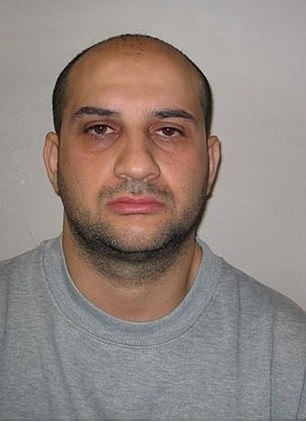 McGuinness told jury at Kingston Crown Court: “He would usually deliver cash to the office which was converted into Syrian pounds and sent abroad as cash”, where it was received by a man named Yahya Ahmed Alia.

A former pub owner boasted that the terrorists he accuses of financing have ‘incinerators like Hitler’ in a WhatsApp exchange with Alia, the court heard.

He allegedly said: “I want to burn Christianity, we have incinerators and holocausts like Hitler, a lesson from history” in an exchange in Arabic that the app discovered on his Samsung phone.

The couple also spoke of plans to kill non-believers, behead opponents, carry out public executions in the streets and display corpses after an early victory in a battle for control of the country’s capital, Damascus, it was said. at trial.

In one exchange, Namouz is said to have written: ‘We will take control of all people by force and by the dictum of Sharia law.

‘Whoever is not happy can get lost/can leave.

Later in the exchange he refers to ‘striking necks’ and ‘killing with the knife’.

Then he says ‘I swear by Allah we will cause chaos’ and ‘we will kill the non-believers’.

In the exchanges, Mr. Alia said: “Whoever is not happy, a bullet in the head, I don’t want a single person alive who opposes Sharia.”

Mr Alia also told him “we’re in an excellent situation now” after buying Kalashnikovs and a gun to which Namouz is said to have replied “great, blessing”.

Officials identified seven transfers between November 2020 and April 2021, totaling around £11,280. 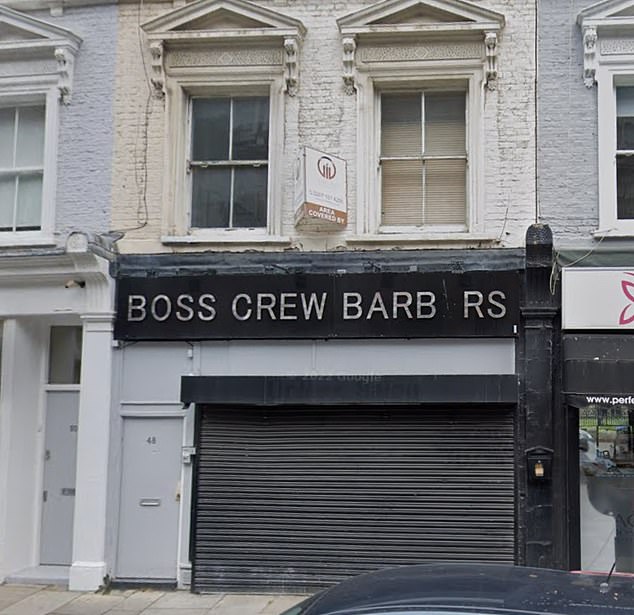 Namouz, 43, from west London, had received government money to help his business, Boss Crew Barbers, during the covid-19 pandemic, and lived in a third-floor flat above the shop.

During an August 2021 intercepted conversation with a friend who was visiting him in prison after his arrest, Namouz allegedly said police knew about some of the transfers but did not know he had transferred more, referring to sending £25,000 to the same man. In Syria.

When police raided the Namouz hair salon on May 25 last year, a Samsung Galaxy 10 mobile phone was found under a bottom drawer.

“At around 7 am, while some of the officers were still in the defendant’s apartment, they heard the sound of an alarm or a mobile phone ringing accompanied by a vibrating noise, the sound as if it was set to wake him up in the morning. said Mr. McGuinness told the jury.

‘There was a set of four drawers in the bedroom on the flat. When they took out the bottom drawer, in the gap under the drawer, they found a Samsung Galaxy 10 phone and next to it a set of keys.

In the top drawer, officers found an amount of cash amounting to £3,170.

On the phone, officers found messages using the encrypted WhatsApp forum that showed Namouz was “of the same mindset” as Alia, McGuinness said.

The men were “both committed to the Islamic extremist culture of the Islamic State and the reason they sent money to Ahmed was for terrorism, to promote terrorism in Syria.”

The messages included references to land and using the money to buy a building or construct a building that would be used to sell food and also for “terrorist purposes,” McGuinness said.

“There was talk of people occupying the building who the prosecution said were Islamic State fighters, and storing weapons,” he added.

The phone also had the encrypted Telegram app that had been used to receive ISIS propaganda and instructional material, including a video showing how to make explosive substances and another showing an ISIS fighter demonstrating assassination techniques with a knife.

Namouz does not dispute that he made the transfers, but initially claimed he had sent money to help the “poor and needy” in Syria, the jury was told.

“The prosecution says that what the defendant told the police about why he sent the money was not true,” McGuinness said.