The Australian War Memorial has been criticized for using ‘gender neutral’ pronouns to honor fallen soldiers.

Every day at 4.45pm, the memorial, located in Canberra, holds a Last Post ceremony to remember a fallen Australian soldier, before posting a tribute to the soldier on his Twitter account.

However, since January 1, the soldiers have been referred to as ‘their’ instead of ‘his’ or ‘hers’.

A memorial source insisted that “their” was used to avoid mixing up the sexes of fallen soldiers. 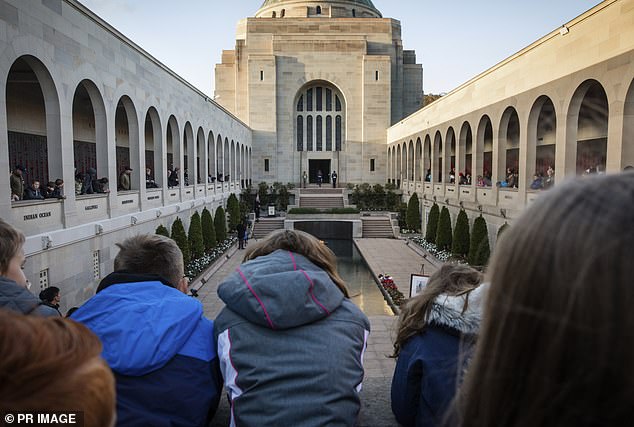 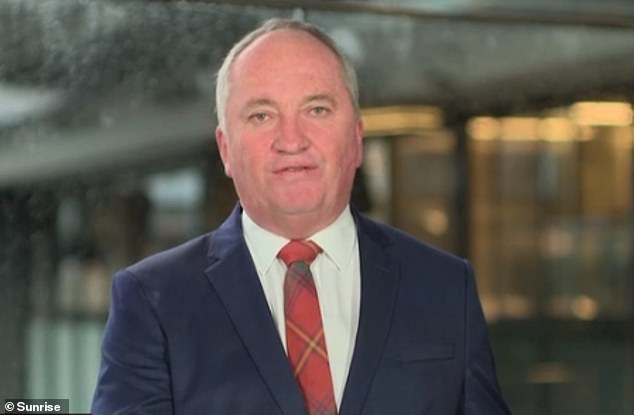 “The use of ‘their’ is grammatically correct and is only used to indicate possession,” said a spokesman for the memorial service. Adelaide advertiser.

Mr Joyce replied: ‘Nobody believes the argument that this was suddenly changed to ensure perfect grammar.

“The idea that this decision was made to avoid online mistakes is equally implausible because the Australian War Memorial uses the correct pronouns during ceremonies.”

He labeled the decision as the “worst form of disrespect” to Australian soldiers and questioned who made the decision to change the policy.

The first post under the new policy saw the memorial as a tribute to Flight Lieutenant Leo Braham Patkin.

“At the Last Post Ceremony for January 1, 2023, we commemorate and pay tribute to Flight Lieutenant Leo Braham Patkin and their service in World War II,” it wrote.

Wednesday’s post read: “At the Last Post ceremony for January 4, 2023, we commemorate and pay tribute to Corporal Albert Edward Flint and their service in World War II.”

The posts are in contrast to those before the turn of the year. 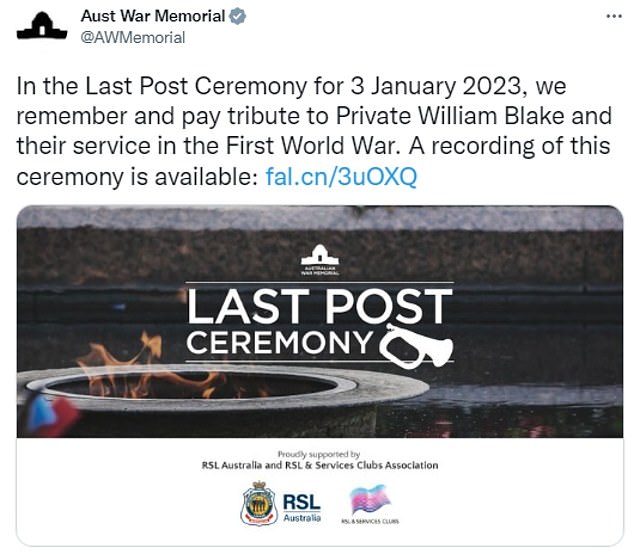 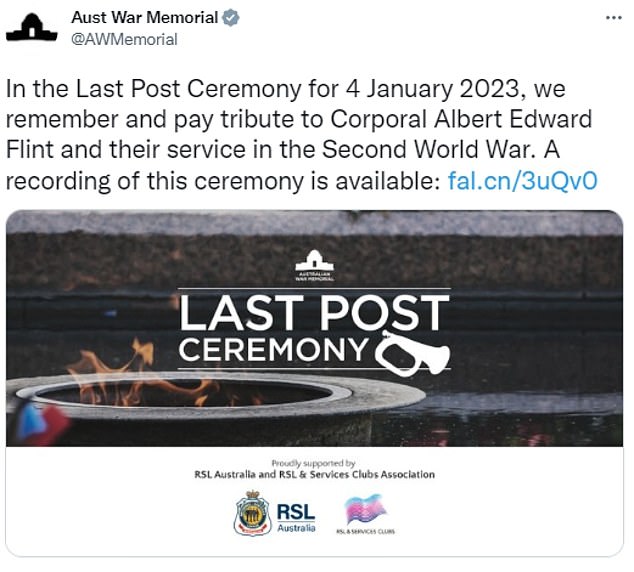 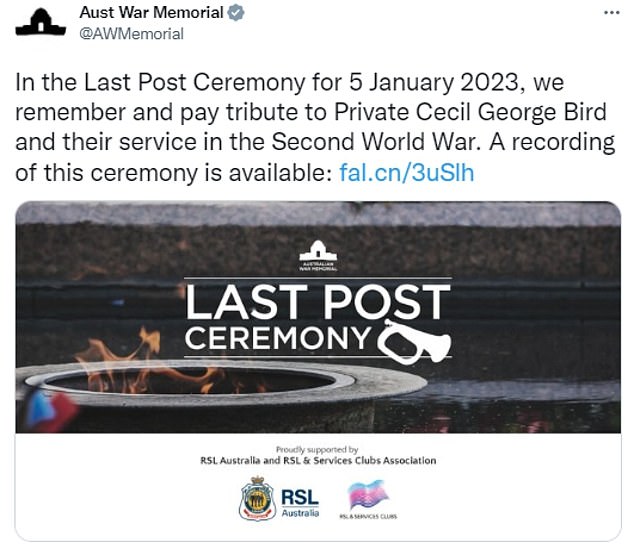 Since January 1, the monument refers to the soldiers as ‘their’ instead of ‘his’ or ‘hers’

A Dec. 28 message read: “At the Last Post Ceremony for Dec. 28, 2022, we commemorate and pay tribute to Corporal Francis Thomas Joseph Kilmartin and his service in World War I.”

Unlike the Last Post social media entries, the memorial uses his and hers when referring to service men and women.

A spokeswoman for Veterans Affairs Minister Matt Keogh said: ‘The minister was unaware of the wording of tweets about the Australian War Memorial’.

“The Australian War Memorial is an independent agency and responsible for its own social media,” said the spokeswoman.