An Australian tourist has described a terrifying ferry journey between a popular tourist spot in Bali and the mainland.

Ian Cragg and his girlfriend Natalie boarded a ferry from the island of Gili Trawangan off the northwest coast of Lombok last Friday.

The Gold Coast tourists spent three nights on ‘Gili T’ and called the booking company in the morning to confirm their return journey to Sanur Port near Denpasar.

A friend of his had taken the same ferry the day before and said they had ‘floated for an hour at sea’ with choppy waters making it impossible to keep going without taking water. 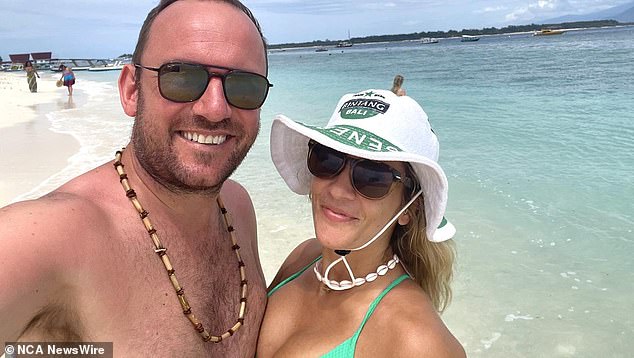 Ian Cragg with his partner, Natalie Bogdanski, the day before they left for Gili T. Photo: Supplied

After being told that the first ferry of the day had been cancelled, he arrived at the port at 11:00 am, where he had to wait another three hours for the boat to arrive.

“It’s chaos and confusing as hell down at the jetty with no one taking control,” Mr Cragg said, describing the hundreds of people piling on the small jetty.

He said when the boat finally arrived the passengers looked ‘thin and pale’ with an Australian saying as they disembarked ‘that boat should never have left’. 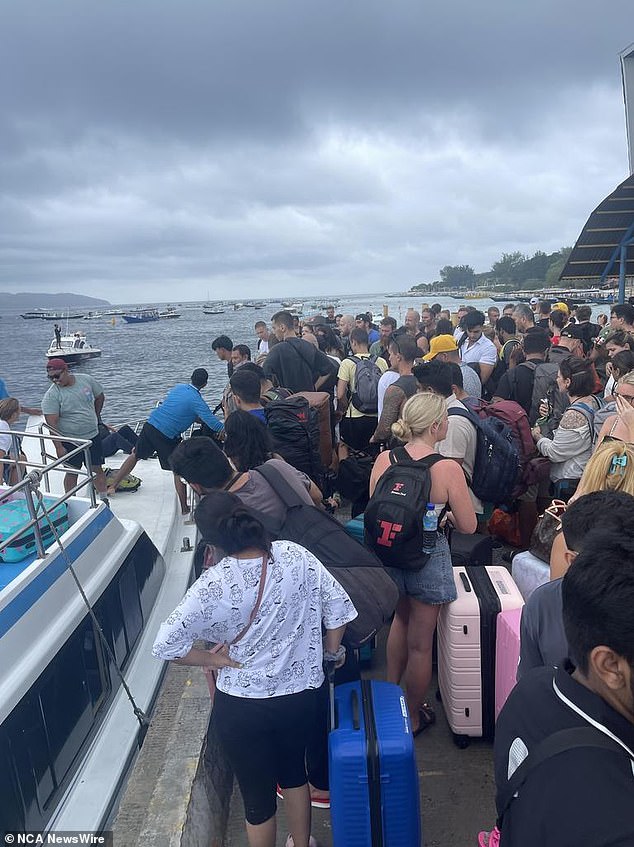 Mr Cragg described the scenes at the jetty as chaos and said no one was in charge of the operation. Image: Delivered 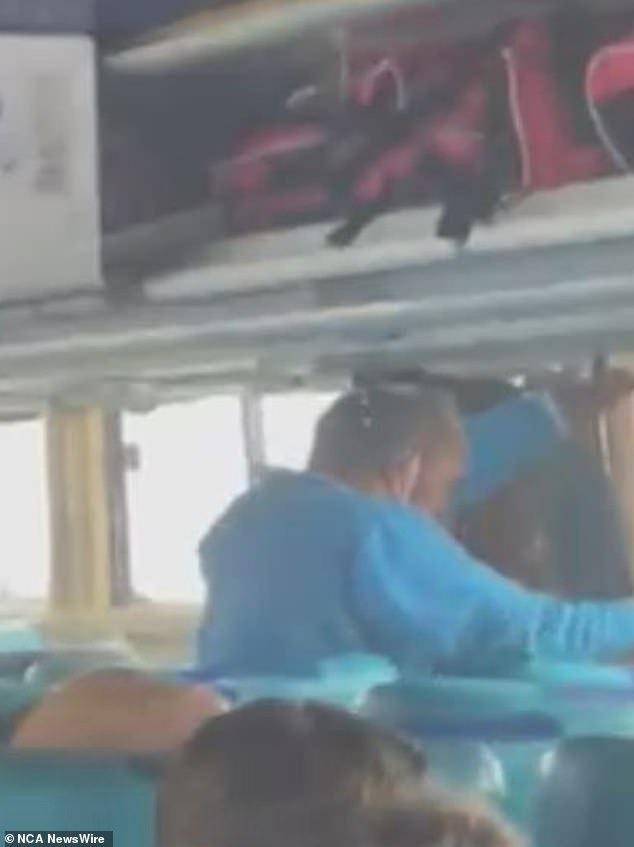 But with no option to return to the mainland, Mr Cragg boarded the ferry with about 60 other passengers – many of whom were Australians.

“It was fine at first, until we got to the main corridor — then it started to get really hairy,” he said.

“This big wave hit the side of the boat and the windows blew in, drenching the tourists.

“The windows must have been plastic, because luckily they weren’t smashed.”

Mr Cragg said people panicked and went to the back of the boat when two crew members rushed to the window and busied themselves trying to fit a piece of plywood into the window. 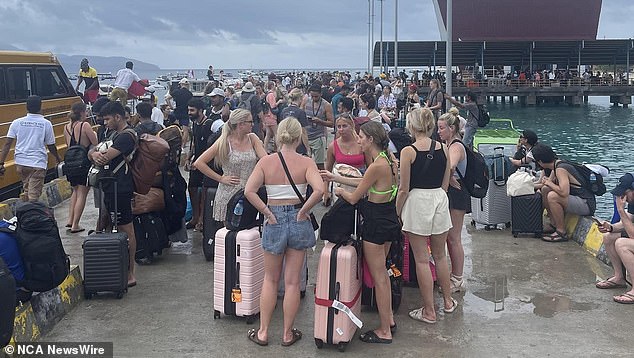 Hundreds of people waited to board the ferry back to the mainland. Image: Delivered

“I certainly felt in danger, but we were close enough to land to know that if the worst happened, hopefully help wouldn’t be too far,” he said.

Mr Cragg said when they made it safely back to the mainland his taxi driver told him ‘it happens all the time’ during the wet season.

“Most of the year the water is fine, but during the wet season it gets bad between December and February,” Mr Cragg said.

His comments come after multiple reports of wild boat trips to island destinations from Bali.

Earlier this week, a shocking video surfaced of a speedboat capsizing off the coast of Nusa Penida while carrying 28 passengers to the same port Cragg was heading to.

Two Australian tourists were among those forced to jump into the water two nautical miles from shore, the ABC reported. 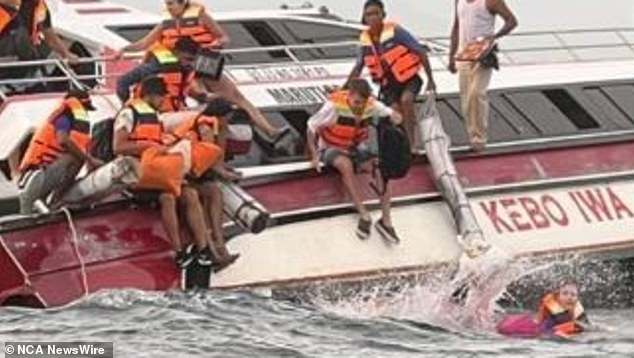 A boat capsized off the coast of Nusa Penida on Tuesday. Image: Delivered

One of the passengers told NCA NewsWire that waves quickly overwhelmed the boat, causing it to sink.

He said all passengers are now safe and there have been no casualties.

“If I were to go again I would just pay the money to fly to Lombok instead,” Mr Cragg said.

He said he would “definitely go again” and even recommended visiting the island, which he said was “so beautiful.”

‘The locals there were amazing and so accommodating; they were so happy to welcome tourists again,” he said.

“They just need better and safer ferry infrastructure between the islands.”

“I would say don’t take children on the ferries during times when bad weather is expected, liaise with your ferry provider before departure, sit as close to an exit as possible, have a fully charged phone and make sure you have a confident swimmer…”