By Ronny Reyes for Dailymail.Com

The first trans US Army officer and her wife, a doctor at Johns Hopkins, were accused of trying to pass the medical records of top military officers and their families to the Russian government.

The pair contacted and met with an undercover FBI agent who they believed was from the Russian embassy to hand over files that the Kremlin “could exploit”.

According to the indictment, which was unsealed Thursday, Gabrielian said she was motivated by her patriotism toward Russia, and that Henry used his authorization as a staff intern to help secure the files.

“My point of view is that until the United States actually goes to war against Russia, I can help as much as I want,” Lee reportedly told the undercover agent when they met to finalize the deal in August. ‘At that point, I will have some ethical issues that I will have to resolve.’

“You will work on those ethical issues,” Gabrielian allegedly replied. 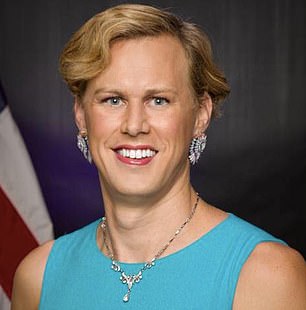 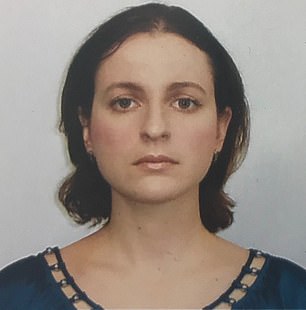 Major Jamie Lee Henry, the Army’s first trans officer, and Dr. Anna Gabrielian have been accused of trying to pass the medical records of top military officers and their families to the Russian government in an FBI sting operation.

According to the indictment, Gabrielian, an instructor in anesthesiology and critical care medicine at Hopkins, told the undercover agent that “she was motivated by patriotism toward Russia to give whatever help she could to Russia, even if it meant being fired or going home.” to jail”. ‘

He allegedly told the agent that Henry not only had access to medical information at the military base, but also information about how the United States was training the military to provide assistance to Ukraine.

By August 31, Gabrielian met with the agent at a hotel in Gaithersburg, Maryland, and offered medical records for a spouse of an Office of Naval Intelligence service member and a relative of an Air Force veteran. .

‘Gabrielian highlighted the [undercover agent] a medical problem reflected in the records of [the military member’s spouse] that Russia could exploit,’ the indictment reads.

During that meeting, Henry also provided medical information on five patients at Fort Bragg, including a retired Army officer, a Department of Defense employee and spouses of active and deceased veterans.

The couple was ultimately charged with conspiracy and wrongful disclosure of individually identifiable health information.

This is a developing story.