Rishi Sunak is on a collision course with Labor and the unions today after his anti-strike laws were finally revealed.

Ministers announced that the long-awaited legislation will include ‘minimum service levels’ in key sectors such as rail, fire and ambulance.

Employers can sue unions if they prevent basic jobs from being maintained during strikes.

The proposals do not impose the same rules on the rest of the NHS, education, nuclear decommissioning and border security.

But there is a stark warning that could change if union leaders fail to agree on “voluntary positions” about what provision will be made during industrial action.

Company Secretary Grant Shapps said: ‘We greatly value the work of our public services and we are reaching out to unions to have an honest conversation about pay, conditions and reform. Labor strikes are disruptive for everyone – from people who rely on essential services to get to work or care for their families, to hard-working entrepreneurs whose business suffers. It also costs those who strike at a time when family budgets are tight.

In addition to protecting the freedom to strike, the government must also protect life and livelihoods.

“While we hope voluntary arrangements can be made in most cases, introducing minimum levels of safety – the minimum levels of service we expect to provide – will restore balance between those who wish to strike and protect the public from disproportionate disruption.” 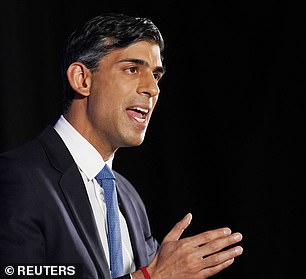 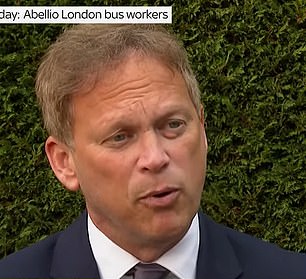 Rishi Sunak confirmed in a speech yesterday that the anti-strike laws are imminent. Company Secretary Grant Shapps said government must “protect life and livelihoods” as well as the right to strike 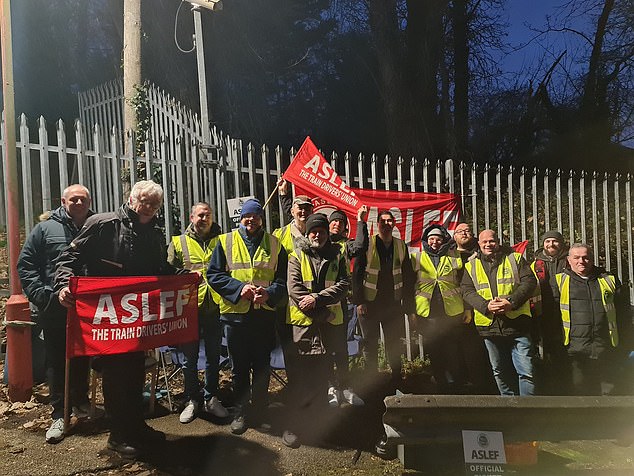 Train drivers ran away today, bringing the rail network to a standstill again 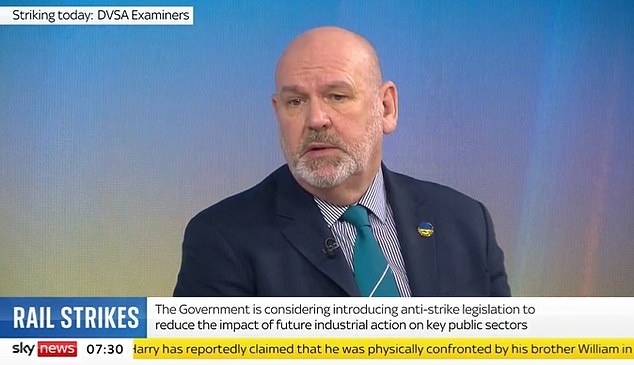 The measures should be tabled in parliament by the end of the month, although they are unlikely due to the current spate of industrial action.

The government faces a battle in the House of Lords, with Labor labeling the move an ‘attack on the right to strike’ and unions threatening to ask the courts to intervene.

Mr Shapps pointed out that there was a commitment in the Tory Manifesto to strike legislation, suggesting this should prevent colleagues from blocking the plans.

The government has also invited trade unions for “honest, constructive talks” on wage settlements for 2023-24.

But that has sparked more anger as the current disputes concern the 2022-23 deals.

A statement said: ‘Ministers are contacting unions to invite them to sit down and discuss the evidence the government will present to the wage review bodies – and they hope unions will share their evidence too.

If the offer is accepted, talks will take place in the coming weeks between government departments and trade unions about, among other things, pay slips, work pressure and conditions in the public sector.

“These discussions will help ensure that the evidence presented to the wage review authorities is considered and informed as much as possible, including reflecting common points.

“It is clear to the government that the established independent pay review process is the right way to set pay in the public sector – it provides independent, expert advice and is a neutral process in which all parties have a part to play.

“These new discussions would add to this process and are offered as the government recognizes the specific economic challenges facing the country this year.”

Train drivers ran away today, bringing the rail network to a standstill again.

In his first major speech as prime minister yesterday, Sunak said that ‘people should have the right to strike’.

But he added: “That has to be balanced against the right of the British public to live their lives without being completely unnecessarily disrupted as we have seen recently.

“And that’s why I said we’ll introduce new legislation that restores that balance and critically protects people’s lives and livelihoods.”

Asked about the matter after giving a keynote speech, Sir Keir said: ‘Honestly, the government is all about this. Every day there is a different briefing on whether legislation will be introduced, what it will be and when it will come.

“I think there’s a reason for that and it’s because I don’t think this legislation is going to work. I’m pretty sure they’ve had a review telling them it’s likely to make a bad situation worse.

“Of course we’ll look at what they put forward, but if it’s further restrictions then we’d withdraw it and the reason for that is I don’t think legislation is the way to end labor disputes.”

Union barons have vowed to ‘fight’ the government over anti-strike laws and it could be months before new legislation takes full effect.

Gary Smith, general secretary of the GMB, said: ‘A government that has seen more than 13 years of failure in our public services is now trying the NHS staff and ambulance workers who do so much to look after the people of our country to make a scapegoat.

“The NHS can only function with the good will of its incredible staff and attacking their fundamental right to take action will further alienate them and do nothing to help patients and the public.

“We are always willing to talk about our members’ pay, but the government refuses to talk about problems as they are now, instead they want to throw the pot on the floor.

“There are huge questions about the NHS Pay Review Body as ministers’ actions have consistently undermined its independence. The process really needs to be reformed and our members need a much stronger commitment than we heard today.”

According to the announcement, unions would be required to follow the law and would risk employers issuing an injunction to prevent strikes or claim damages if they fail to comply with the law.

RCN general secretary Pat Cullen said: ‘Restricting workers’ freedom to participate in legal industrial action is always undemocratic and we will look closely at what the government releases.

“We will meet ministers to see their evidence for the rewards process. However, only negotiations on our dispute can avert the planned action this month and I urge the Prime Minister to show a renewed sense of urgency, grab the nettle and negotiate with nurses without further delay.

‘In terms of minimum staffing levels, last month’s action was safe for patients due to detailed discussions we wanted to start with the NHS to protect emergency services and life-saving care. The public respected that and even ministers recognized our constructive approach.

‘We want to see safe staffing that is laid down by law throughout the year, not just in these extreme circumstances.

“We have long campaigned for governments to be held accountable for safe and effective staffing in NHS and social care to prevent one nurse from leaving 15, 20 or even 25 sick patients.

“The evidence is unambiguous: safe staff save lives and having the right number of registered nurses on duty has a direct impact on the safety and quality of patient care. Today’s extremely insecure situation is what pushes our members to say ‘enough is enough’.’

Prospect general secretary Mike Clancy said: “This hollow invitation ignores the fact that a majority of public sector workers are not covered by any pay review body, including nearly all civil servants. We have been calling for this to be rectified for years, something the government consistently ignores.

These workers have been some of the harshest treated in the last decade of real wage cuts, and now the government is signaling its intention to leave them out again.

“Our members have already indicated their willingness to take industrial action and there is nothing in this announcement that will persuade us not to proceed with a formal vote as planned.” 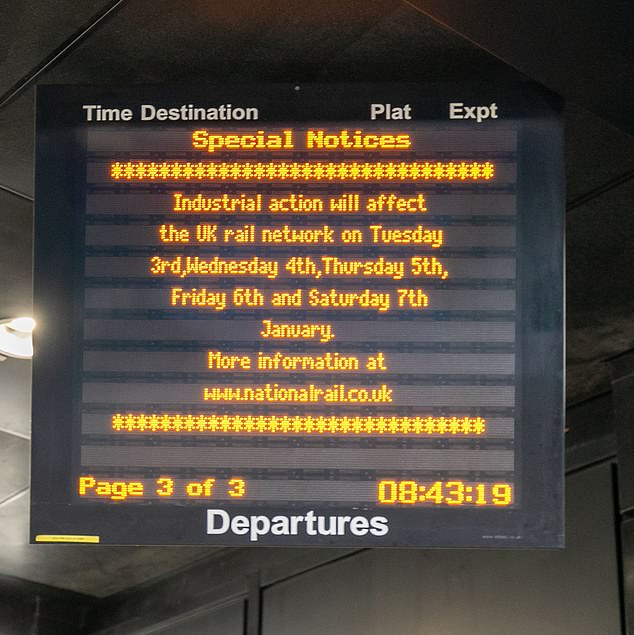 In his first major speech since taking the job, Mr Sunak said ‘people should have the right to strike’ but ministers push for proposals to ensure minimum services

Mr Sunak also appeared to suggest that nurses could be paid more to resolve the bitter dispute with the Royal College of Nursing.

The Prime Minister said: ‘As I said about wages, those talks should be based on what is affordable.

A wage review process that also decides on wage increases for 2023-24 could also be brought forward to ease tensions.

He elaborated on the process for making decisions about next year’s pay raises, saying, “We’ll be outlining more plans in this area in the coming days.”