An extraordinary rescue operation is underway in the dry bushland of the Savé Valley in southern Zimbabwe.

A helicopter swoops down on a family of elephants and a sniper, sitting with his legs dangling through the open door, takes aim with his gun.

A sedative dart is fired at the pack’s matriarch. It is a success. A team on the ground runs towards the stumbling animal, ready to catch all four tons of her as she falls to the ground, making sure she doesn’t crush a calf on her way down.

Then, once the rest of the herd has been injected and sedated, each animal is lifted by crane to be weighed on giant scales, so the team can ensure they use the correct dose for their ongoing sedation.

They are then loaded onto flatbed trucks, hanging upside down to prevent their weight from crushing their vital organs, to be driven through the brush and loaded onto larger trucks. 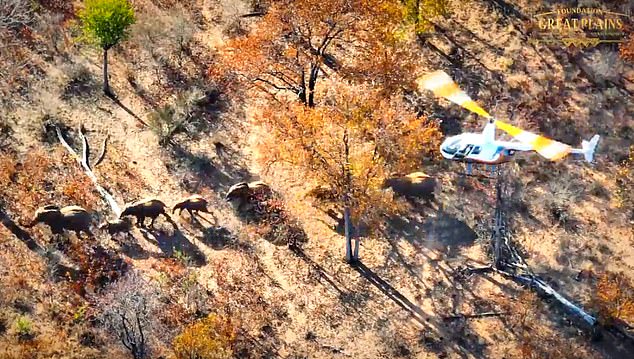 An extraordinary rescue operation is underway in the dry bushland of the Savé Valley in southern Zimbabwe. A family of elephants is tracked from a helicopter as they trek through Zimbabwe’s parched game reserve in search of increasingly scarce food and water resources.

Great care is taken to keep each family of elephants together, before they are transported 566 miles, over 19 hours, across Zimbabwe to a new home.

This is Project Rewild: a rescue mission that rivals Noah’s Ark in terms of scale and logistical challenges, only this time the animals are not saved from floods but from drought.

Climate change has left food and water shortages in Savé, once a haven for elephants, giraffes, lions, zebras, impalas and many other wildlife. There are too many animals for the now starving landscape to support them. Without help, thousands of these animals will be condemned to death by hunger or thirst.

It’s a different story in northern Zimbabwe. The Great Plains Sapi Reserve on the Zambezi River, a former hunting concession on the border with Zambia, has enough food and water to support its own wildlife and more. 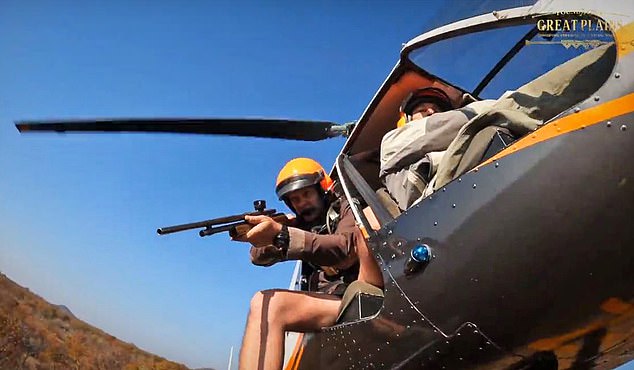 Sedated: A shooter takes aim at them with his sedation dart gun

And so a plan was hatched. In a relocation exercise unprecedented in its scale, 400 elephants, 2,000 impalas, 70 giraffes, 50 buffalo, 50 zebras, 50 African antelope, ten lions and ten wild dogs were to be moved from Savé to Sapi.

A simple idea, but not cheap. The massive operation, masterminded by Dereck and Beverly Joubert, will cost £5m (each elephant only costs £9,100 to move).

The couple are award-winning filmmakers and co-founders of the Great Plains Foundation, which organizes projects to conserve and expand wildlife habitats in Africa. The work of moving the animals began in June using the foundation’s existing funds. A further £2.5 million is still urgently needed from donors around the world. 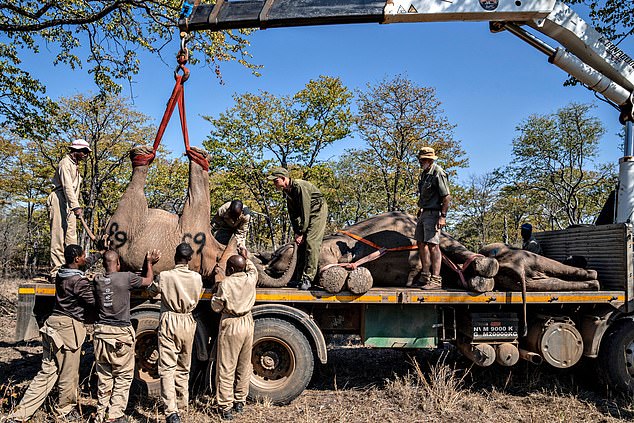 Loaded and Checked: The group is carefully secured for their journey: the elephants’ internal organs can be crushed under their own weight and the keepers also keep them cool and make sure the airways in their trunks remain open.

But, says Beverly: ‘It’s a story of hope. Instead of letting 3,000 animals die, we are saving them and there are many compassionate people who want to help us.’

So far, 101 elephants and 184 impalas have been successfully relocated. However, the Zimbabwean summer is now in full swing, making it too hot to transport any more animals. So the project has been put on hold until May when temperatures will drop.

The process is fraught with obstacles, and overcoming them requires meticulous planning. 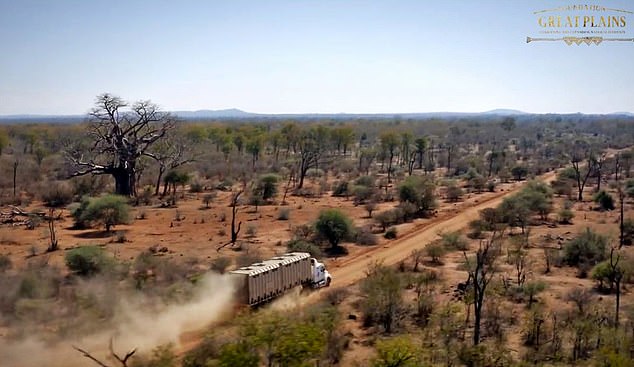 Driven across the country: The family is transferred to larger trucks for the 566-mile journey to safety

With elephants, for example, sometimes a young bull gets startled by the helicopter passing overhead and runs away. Therefore, drones are required to locate stragglers. If this fails, the rest of the pack will be revived and released and the process will have to start over.

Sedated elephants require a team, including veterinarians, to monitor their vital signs, keep their airways open (with twigs in their trunks), and spray water behind their ears to keep them cool. The ears are placed over the eyes to protect them from the sun.

Meanwhile, along the entire 566-mile route, roads have been strengthened to handle the 32-ton trucks and their large loads. 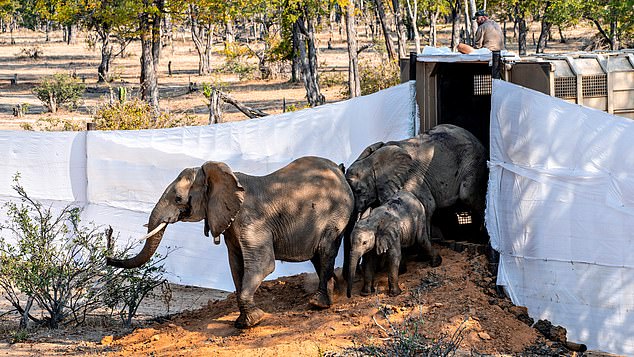 Launch: Slowly allowed to wake up, the elephants emerge into their lush new home.

The same procedure is followed for all animals, although priority has been given to elephants as they are the largest to maneuver.

Fundraising and preparation continue for the next phase. This, says Beverly, will present new challenges. “Elephants are relatively calm customers, but more nervous species can go into shock when moved,” she says. “Zebras and antelope are tricky, while giraffes are particularly challenging – they’re very sensitive.”

But if anyone can pull it off, it’s Mr. and Mrs. Noah of the 21st century.