When it comes to financial markets, you learn about new risks every day. At the time of the financial crisis in 2007-8, the country had to understand sub-prime mortgages, collateral debt obligations and all sorts of complex instruments loaded onto the balance sheets of our banks and building societies by the banks of casino investment. .

That’s why we should be thankful that consumer banks have been shielded from their overly clever commercial arms for nearly a decade.

Now we learn of a new horror at the heart of the UK’s defined wage pension system. If you thought your money was safely locked up in gilts, listed stocks, and other tangible assets, that’s not entirely correct. 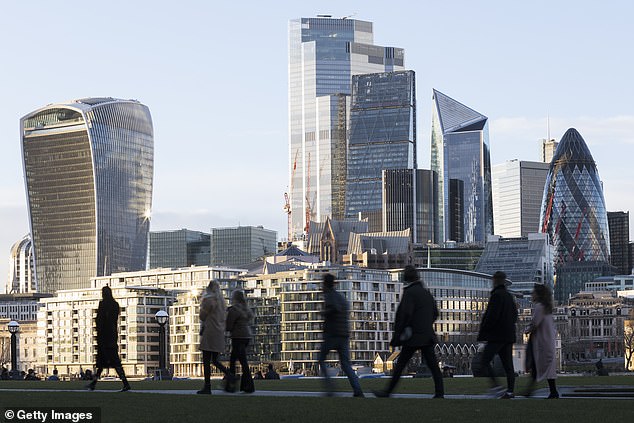 Pension funds use ‘Liability Driven Investments’ to maximize returns by leveraging or borrowing against the assets of these funds.

As a result of the current turmoil in the UK bond market, widely regarded as the safest asset to hold due to Her Majesty’s government guarantee, think again.

Instead of allowing assets to just sit idly by, the people who run our pension funds, all of them roughly £2.5tn, are making them sweat.

I’ve long wondered why it’s worth it for big insurers and pension funds to lend shares (for a fee) to activists and hedge funds with agendas for quick turnarounds, often at the expense of investors. ordinary retailers and the national government. interest.

It is the search for those elusive returns.

So it should perhaps come as no surprise that a new giant ‘Liability Driven Investment’ (LDI) bubble has burst at the heart of the financial system.

What’s even scarier is that it’s hard-earned money, saved by workers throughout their lives, that will potentially be at stake.

Pension funds use LDI to maximize returns by leveraging or lending against the assets of these funds.

If you thought that the precarious element of these funds are the shares, which have health warnings written all over them, you were wrong.

The weak link is the trillion pounds sterling tied up in government bonds and borrowed up to the limit.

So when bond prices tumbled after the Liz Truss government did everything it could to rescue growth, a chain reaction was set off. The collateral, the bonds, were no longer worth anything like the loans made against them.

The loans were at risk of going bad, creating a potential catastrophe for both pension funds and banks.

Fears of a collapse were in the offing and it was this that triggered a financial crisis-style intervention by the Bank of England after receiving severance pay from the Chancellor. It appears that the Bank of England’s Financial Stability Committee had its eyes on LDI in 2018.

But anyone who has read one of his reports will know that he was also monitoring other, more glamorous risks to consumers and markets, ranging from cryptocurrencies to credit card debt.

Something as technical as ILDs would normally never have received a second glance. Now they’ve blown up in everyone’s face, with a potential bill to the taxpayer.

Someone, somewhere, be it the Bank of England or the Pensions Regulator, must take responsibility for an appalling debacle in an industry where safety must always be the watchword.

As someone who has followed the activities of the International Monetary Fund (IMF) for longer than I can remember, one cannot help but be put off by its knee-jerk response to the economic measures introduced by Liz Truss.

The Washington-based fund has a reputation for financial integrity and provides the yardstick by which other tipsters are judged.

His annual ‘Article 4’ surveys of national economies are based on exhaustive book studies and interviews with senior elected officials and others over several weeks.

It is therefore beyond comprehension that this august body finds it necessary to slap the UK on the knuckles over the Kwasi Kwarteng tax package.

It was not ideal that the package was unsheathed without a longer-term plan to restore order to Britain’s public finances. But that is no excuse for hostile comments from the IMF.

It is worth remembering how Kristalina Georgieva, its managing director, allegedly favored China in her previous job at the World Bank, arousing US hostility towards her management.

‘You’ll never get a smile from me’: Dolphins special teams coach wasn’t amused by ‘butt punt’ in win