The Strikers record the highest Big Bash League chase EVER as Matt Short reaches the century to surpass the Hobart Hurricane’s target of 230 runs in ‘blow for the ages’ at the Adelaide Oval… and they had three balls to spare! !

The Adelaide Strikers have made Big Bash League history after chasing down the monstrous total of the Hobart Hurricane after an incredible effort from captain Matt Short.

The first match reached an unbeaten century to meet the Hurricane’s target of 230 runs after Ben McDermott, Caleb Jewell and Zak Crawley hit a half-century in the first innings.

But Short, after dropping his first ball, delivered a masterclass in clean batting to help push his side over the finish line, aided by star recruit Chris Lynn, who chipped in 64 runs on a famous night at the Adelaide Oval. 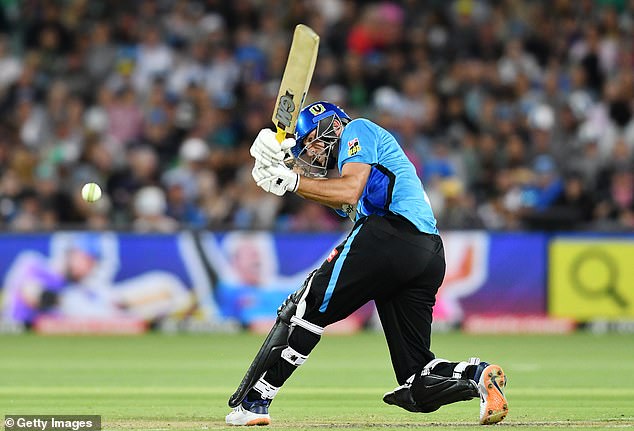 “Heart rate is through the roof,” he told Fox Sports. ‘The crowd was incredible throughout the game. It’s unreal just chasing that.

‘The guys were flat at half time, but it was good to play with a bit of freedom and yes, job done.

We knew they could have been a short bowler so we tried to target them as much as possible.

“When you’re chasing something that big, you have to go through all the ovals, Lynny used to tell me to play each ball as it comes.”