Aboriginal man tells street artist to pay him RENT despite it being a public space: ‘You’re on my land’

An angry native man ordered a street performer to “pay the rent” for performing card tricks “on my land.”

Sydney man Brock was giving prank tarot card readings to strangers on the King Street public footpath when the Aboriginal man stormed over.

“Hey bruz, you are here on my land. You have to pay the rent,” you hear the Aboriginal shout on the TikTok video that Brock recorded.

The street performer tried to give the man a coin, but this seemed to enrage him even more. 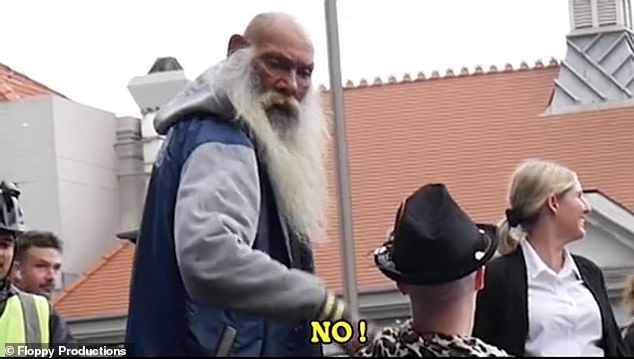 Brock’s diplomacy was to no avail as the native man ordered him to leave the public space to which he had every right.

‘I don’t believe in that. You are here on my land. That’s breaking our rules.’

Brock did his best to calm the situation and again offered a free gift.

“Sir, I feel a lot of anger right now, would you like me to give you a free card reading?”

But to no avail as the native man ordered him to leave.

“I understand you had a bad day today,” Brock replied.

‘No. I haven’t had a bad day. You’re on our land and doing such stupid things with your tarot and whatever.’

“I don’t mean to despise your culture or anything, so I’m leaving,” Brock said, finally admitting defeat.

He told Daily Mail Australia he was not offended by the order to ‘pay rent’ for using a public space.

“It was just an awkward moment,” he said.

“But as soon as he saw that I was willing to leave, the situation got better.”