By Mansur Shaheen Deputy US Health Editor for Dailymail.Com

Scientists have developed a potentially groundbreaking drug that can solve the problem of drug-resistant bacteria and save more than a million lives worldwide each year.

Peptilogics, a Pittsburgh, Pennsylvania, biotech company, released trial results for its new drug PLG0206 last week, showing it could defeat drug-resistant infections in both the laboratory setting and in animals. Importantly, it also did not stimulate the bacteria to further mutate in a way that would lead them to gain more resistance.

While it may still be a long way from treating drug-resistant infections in humans, scientists are hopeful that they have taken a crucial first step in finding a solution to one of the world’s budding medical crises.

Antibiotic infections have emerged in recent decades due to rampant overuse of the drugs around the turn of the century. Experts project that the diseases will cause 50 million deaths worldwide by 2050 and are currently responsible for more than one million deaths each year.

Earlier this year, the Centers for Disease Control and Prevention (CDC) warned that the prevalence of these diseases increased during the COVID-19 pandemic. 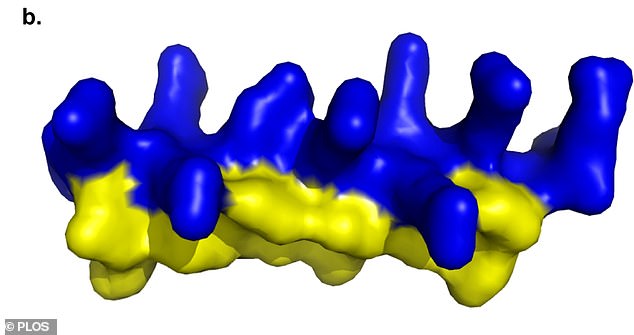 The scientists designed the peptide drug PLG0206 using a chain of amino acids. It showed promise in fighting drug-resistant bacterial infections in the laboratory and in animal samples.

PLG0206 is an antimicrobial drug that specifically targets antibiotic-resistant infections that have emerged in recent decades.

It is a peptide, designed using a chain of amino acids. These types of drugs are commonly used in medicine.

Antimicrobials have been used for years, and the same antibiotics belong to the same class of drugs.

One problem that has arisen is that bacteria and fungi are very elusive and can mutate in ways that make them resistant to the drug designed to combat them.

Bacterial and fungal infections that are resistant to standard medicine are on the rise during the COVID-19 pandemic, the CDC revealed Tuesday.

The Centers for Disease Control and Prevention (CDC) released a special report on the impact of antimicrobial resistance in the US, sharing the shocking rise in infections and deaths caused by these diseases during the pandemic.

Overall, there was an increase of about 15 percent in both infections and deaths from infections overall during the first year of the pandemic, although the figure could be even higher as some of the data remains incomplete.

For some specific infections, those described as growing at an “alarming” rate in the report, year-over-year growth reached 60 percent.

The sharp increases in some bacterial and fungal infections are extremely concerning to health officials who had recorded sharp declines in these diseases during the second half of the 2010s.

Antibiotics have been around for more than 100 years, but they gained prominence especially in the 2000s.

Physicians overprescribed the highly effective drugs en masse, whereas before they were seen primarily as a last resort for many infections.

While they provided much-needed relief to the patients they were prescribed for, they also created another problem. The bacteria and fungi at the core of these infections began to evolve.

This led to the emergence of dangerous infections such as carbapenem-resistant Acinetobacter and C. Auris. While the symptoms of these infections can be managed by officials, there are no known effective treatments.

This has prompted research to find new classes of drugs that not only fight these resistant infections, but also do so in a way that doesn’t propel them into further evolution.

Other options have emerged in recent years, but are often thought to be toxic to humans or not effective enough to be worth pursuing.

PLG0206 is palatable to humans, and while extremely potent, it is not to the point of being dangerous to them. The drug can also reach the kidneys, where it is metabolized for maximum effectiveness.

The researchers tested the drug first in a laboratory setting. PLG0206 was found to be able to fight infection in the blood cells of sheep.

He then progressed to animals. In a test of rabbits implanted with metal joint devices that often cause infections in humans, the drug was able to prevent the formation of bacterial cultures in 75 percent of cases.

For comparison, all of the rabbits treated with only a common antibiotic died as a result of infection.

The drug was also able to cure mice of E. coli, with no trace of the infection found when subsequent autopsies were performed on the rodents.

Last July, the drug received approval from the Food and Drug Administration’s expedited program, which could speed up its review process if the data is ever sent to regulators for approval.

However, that submission could still be a long time off, as human trials for a drug using PLG0206 as an active ingredient recently began to enroll.